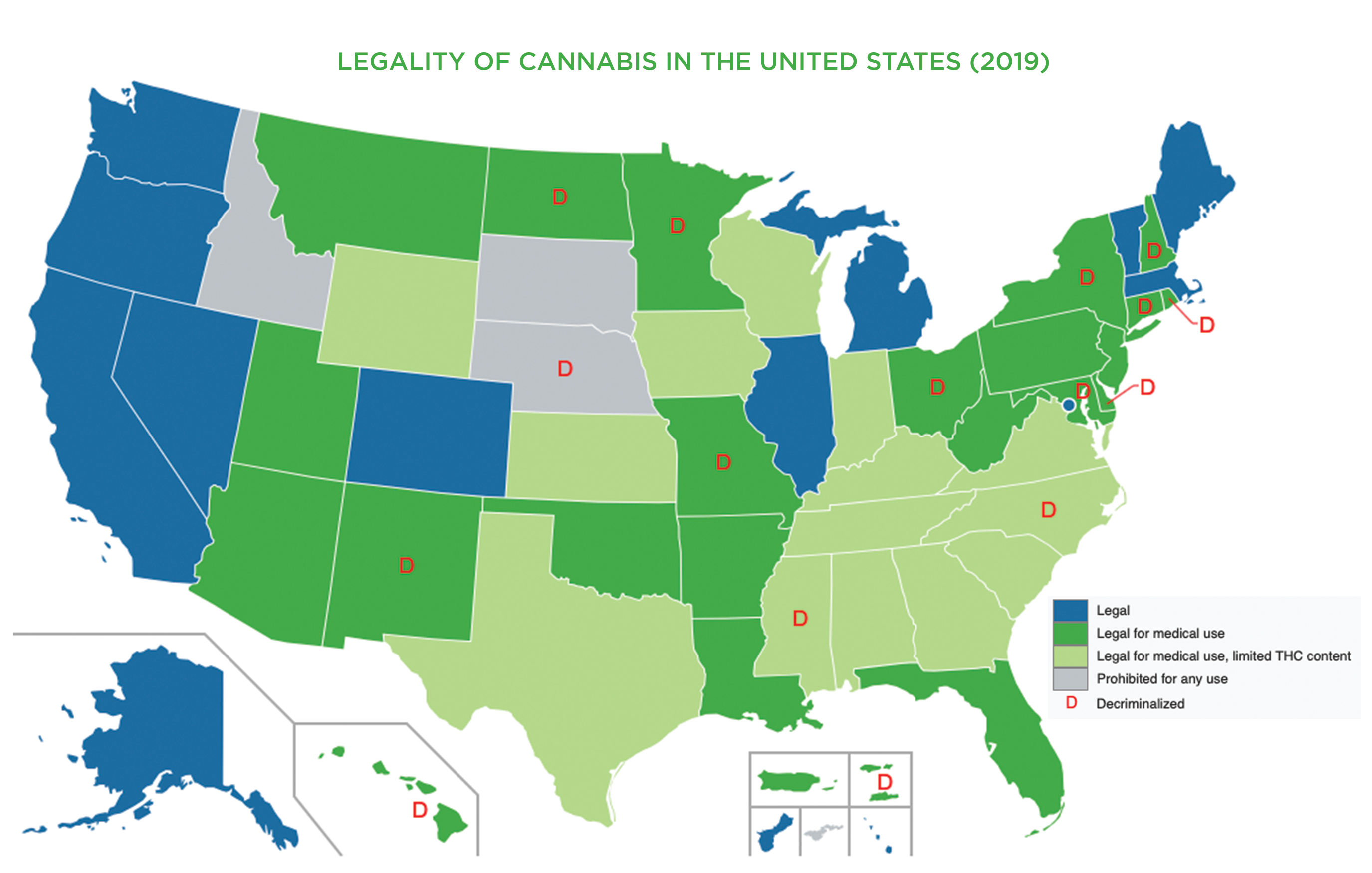 How the Legalization of Medical Marijuana Affects Oklahoma Attorneys

When Oklahoma voters passed State Question 788 on June 26, 2018, medical marijuana became legal in the state. Questions started flooding in immediately about how the law would actually operate and be enforced, and how soon medical marijuana would be available to consumers. But the law affects more than just those who choose to partake in growing, selling or even consuming marijuana — and that includes lawyers. This blog explores legal malpractice insurance as it relates to medical marijuana being legalized in the state of Oklahoma.

History of Marijuana in the United States

Before we dive in, let’s quickly recap the history of marijuana in America. According to Busted – America’s War on Marijuana on PBS, marijuana became a popular ingredient in many medicinal products in the late nineteenth century, and was sold openly in pharmacies. After the Mexican Revolution of 1910, Mexican immigrants brought the recreational use of marijuana to America for the first time. Anti-drug activists then started a campaign against the substance, attributing crimes and their negative behavior to marijuana and those who used it. During the Great Depression the fear of marijuana was rampant and, by 1931, it had been outlawed in 29 states.

The 1960s showed more lenient attitudes toward the drug, especially as research debunked myths of marijuana leading to violence and/or heavier drug use. But, in 1970, the Controlled Substances Act classified marijuana as a Schedule 1 drug — the most dangerous of all schedules.

Today, the use and possession of marijuana is still illegal under federal law. However, many states have joined California in legalizing it for medical and/or recreational use. Currently, medical marijuana is legal in 33 states, while recreational use of the drug is legal in 11 states, according to Legality of Cannabis by U.S. Jurisdiction on Wikipedia. Fourteen additional states allow limited THC content, which enables residents to benefit from cannabidiol (CBD), a non-psychoactive alternative to marijuana.

Oklahoma became the 30th state to approve medical marijuana on June 26, 2018, with the 57%-43% passing of SQ 788. You can read about all the current laws, rules and regulations pertaining to Oklahoma’s medical marijuana laws here. Originally, the Department of Health issued a controversial regulatory regime that prohibited smokable marijuana, required a pharmacist to sell the drug, limited the amount of THC and more. However, in the end a rather liberal regulatory regime was introduced that includes no list of qualifying conditions to obtain a license and no cap on licensing or plant growth. The Oklahoma Medical Marijuana Authority was also “established to oversee the medical marijuana program for the State of Oklahoma. It is responsible for licensing, regulating, and administering the program as authorized by state law. Operating under the Oklahoma State Department of Health, the primary goal is to ensure safe and responsible practices for the people of Oklahoma,” according to the OMMA website.

As of May 2019, 3.5% of Oklahomans have obtained licenses with sales topping $23 million. This puts Oklahoma “near No. 1 among the 33 states that have some form of medical cannabis legalization in place,” according to the Tulsa World. As of June 2019, the OMMA has approved 140,000 patient licenses, in addition to 3,211 grower, 1,548 dispensary and 859 processor licenses.

So, How Does This Impact Oklahoma Attorneys?

There are several components to consider here, including potential violations to the Rules of Professional Conduct, potential exposures and legal malpractice insurance.

Rule 1.2 of the Rules of Professional Conduct states:

“A lawyer shall not counsel a client to engage, or assist a client, in conduct that the lawyer knows is criminal or fraudulent, but a lawyer may discuss the legal consequences of any proposed course of conduct with a client and may counsel or assist a client to make a good faith effort to determine the validity, scope, meaning or application of the law.”

Does helping a client set up a business, whose business model would violate federal law, violate these rules of conduct? In several states where medical or recreational marijuana has been legalized under state law, those state Bar Associations have issued opinions advising attorneys about how to handle these issues. In Oklahoma, an amendment to Rule 1.2 passed at the OBA’s 2018 Annual Meeting. However, it has yet to be adopted by the Oklahoma Supreme Court and therefore remains ineffective.

As for exposures, the risks are similar to the business transactional area of practice. Here are a few risk management tips to ensure you limit your exposure risk:

In addition to the items above, your legal malpractice insurance provider may not cover a claim associated with a marijuana business because it is still illegal at the federal level. Most legal malpractice policies have an exclusion that reads something like this:

“Any claim arising out of any dishonest, fraudulent, criminal, malicious or knowingly wrongful act of omission or deliberate misrepresentation committed by, at the direction of, or with the knowledge of any insured;”

Each insurance provider must make its own coverage determination regarding these types of claims. At OAMIC, we will not exclude claims if Oklahoma laws have been followed and if the lawyer has advised the client about both Oklahoma and federal laws. A client-signed acknowledgement would need to be retained as documentation that they were advised on federal law in case of a future claim.

This commitment to protecting our attorneys puts OAMIC among a small number of insurers who will cover claims from attorneys who advise clients in the medical cannabis industry.

OAMIC insureds made history in July of this year by facilitating the return of 21 pounds of legal cannabis to its rightful owner and having all criminal charges dismissed, according to The Oklahoman. This case marked the first time a local law enforcement agency in Oklahoma returned a large quantity of marijuana seized in a criminal arrest.

Beginning in August 2019, dispensary workers are now required to have a medical marijuana transporter license to move product from one cannabis business to another.

10 Questions to Ask When Looking for Legal Malpractice Insurance

10 Questions to Ask When Looking for Legal Malpractice Insurance Too often the purchase of insurance – sometimes even legal malpractice...

Who Is Covered by Your LPL and How Does That Affect Pricing?

Who Is Covered by Your LPL and How Does That Affect Pricing? When law firms are reviewing our lawyers professional liability...

PHIL’S CORNER: Managing Your Clients’ Expectations A couple of things make it increasingly difficult to achieve client satisfaction in the provision...